Team Rewind Robotics, formed in 2020 representing High Tech High North County, is a small team consisting of student participants in grades 9-12 who all share the same goal of big achievements and creativity. Due to the small nature of the team, each student has strived to become knowledgeable in everything robotics; from business to programming to effective team management, the combinations of expertise are infinite. 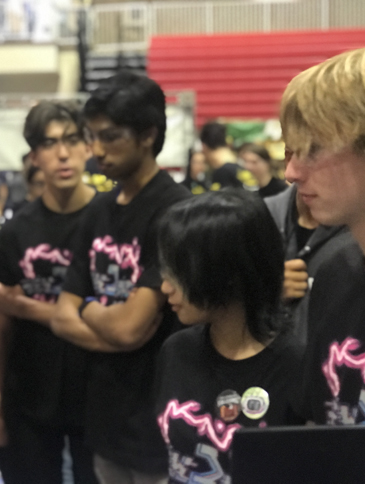 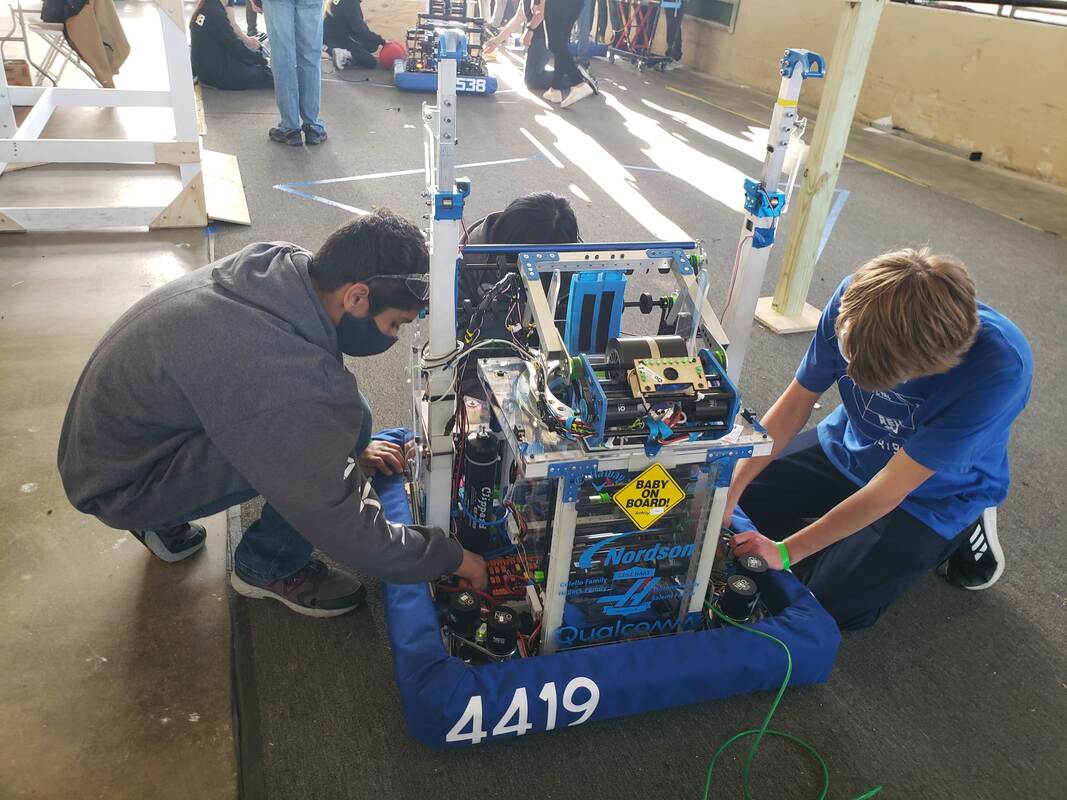 The history of robotics at High Tech High North County goes back to the original team “High Fives” in 2012 when a courageous group of students decided to enter the FRC competition “Aerial Assault”. Over the next 10 years, the team transformed, renamed, rebranded and relocated several times with leadership changes to match; yet the goal of the team has always remained constant.

Since its conception, Team Rewind has competed at the FRC Regional Event in Del Mar, California and it is there where they have shown their ability to complete overwhelming tasks even in the most difficult of odds. Team Rewind placed 41st in their rookie year and quickly rose to 4th after demonstrating mechanical dominance, in the 2021 – 2022 FRC Season “Rapid React”. As a 4th place team we were the captains of the 3rd playoffs alliance, which closely competed in the playoffs.

“HTHNC Robotics demands a certain level of passion for STEM education in both theory and practical application. My love of engineering was founded on watching my father teach woodshop classes at National City Junior HS in the 80s and cemented during my time as a Mech Eng student at UCSD in the 90s.

During my 8 years with HTHNC robotics, our program has evolved and grown with the ultimate goal of providing comprehensive STEM education and technical training. We rely on sponsorships, grants and the generosity of local businesses to help provide a fantastic learning experience.

Please join me in pushing 4419 into the future of STEM learning and growth.”

“STEM education and engineering have been passions of mine for most of my life. I began my science and engineering journey at MIT where I studied chemistry and aero astro engineering and continued my exploration of science and engineering in graduate school studying materials science and engineering at Johns Hopkins University. After graduate school I worked with schools and organizations around the world on the integration of digital fabrication and design into PreK-College education.
I am now teaching 12th grade physics at HTHNC and joined the HTHNC robotics as a faculty mentor this year. I am so proud to be working with the students and other mentors. I have worked with and seen STEM education all around the world and this team and program stands out for the dedication and passion all of the team members bring to it. There are so many exciting ways that we can grow and improve our program here at HTHNC so that we can reach more students and fully realize our goal of a comprehensive STEM education program.
Please help us reach that goal!”
Caroline Sailor